With a population of over 490 inhabitants per km2, Rwanda is one of the most densely populated countries in Africa (as a reference, Germany has 234 inhabitants per km2). The ongoing population growth is increasing the demand for energy, which has direct effects on the forests of Rwanda and the environment in general.

In addition Rwanda hosts more than 160,000 refugees. They come mostly from the Democratic Republic of Congo and Burundi, with small numbers from other nationalities.Due to the lack of land and resources, the refugee situation adds to the pressure on the natural resources, especially the supply of fuel wood to the refugee camps. The long cooking time of beans and corn - one of the main staple foods provided - aggravates the challenging situation.

Together with its partners Safer Rwanda, Rwanda Womens` Network, The Office of the United Nations High Commissioner for Refugees (UNHCR) and ENEDOM (Energie Domestique Sarl), atmosfair is replacing traditional stoves (charcoal stoves or 3 stone fires) with high efficient biomass fired cook stoves such as the Save80 cook stove. The components are prefabricated in Germany, and the stoves are produced in Rwanda. Every part that can be sourced locally is sourced within Rwanda and construction, assembly, distribution and monitoring, is done locally in Rwanda by the local partners.

The stoves are easy and intuitive to use and compared to a three-stone fire, the Save80 stove uses up to 80% less wood to achieve the same performance. Moreover, the Save80 stove has a durability of more than 10 years. Replacing a charcoal stove with a Save80 stove results in even higher wood savings given the large amount of biomass needed to produce charcoal (9kg of wood required to produce 1 kg of charcoal).

Currently, the use of fuel wood and charcoal leads to deforestation, erosion and environmental problems throughout Rwanda. The use of charcoal also involves high costs and expenditures for households in Rwanda. Thus, densely populated areas, which mainly use charcoal for cooking e.g. Kigali are one main target area of the project. Other target areas include UNHCR refugee camps, where fuel wood is the main source of energy supplied by UNHCR or procured locally. A reduction of fuel wood supply in the camps makes additional funds available at the level of the UN, in order to support other development related activities.

More than 28,000 Save80 stoves have already been distributed to private households and within the refugee camps up to today (Status March 2017).

Technology transfer: Efficient cook stoves that save 80% of fuel wood

Local environment: The program helps to preserve the existing forests and lessen the impacts of current consumption of fuel wood and charcoal. Furthermore, it helps to prevent deforestation and erosion which harm the local communities. 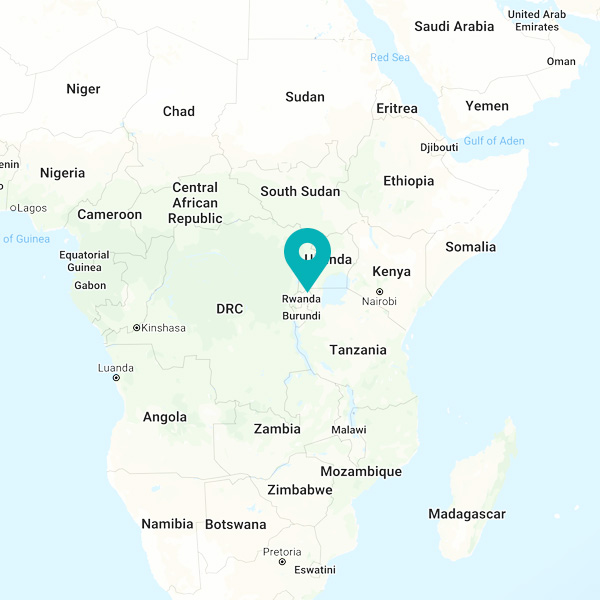