When Cristiano Ronaldo said “I've never seen anyone better than me. I have always thought that. No footballer can do the things I can” he was taken seriously. It’s quite a claim, but given he said it just after winning his fifth Ballon d'Or he had the evidence to back it up.

Looking back on the World Cup, Qatar’s claim that it was “carbon neutral” wasn’t taken as seriously. Indeed, they led to widespread accusations of greenwashing across the media and likely more criticism of the competition than if they’d not been made at all.

The reality is that no world sporting event can currently credibly say that it’s “good” or even “neutral” for the environment. Sport has a different role: it can bring people together and offer moments of joy. However, with careful management it can make a genuine contribution to global net zero efforts and beyond. In a world that needs to decarbonise at breakneck speed, we should be honest that we are choosing to “spend” some of our remaining emissions on events such as this one.

So how can global sporting organisations reduce impacts and take responsibility for the environmental damage that their events cause?

1 – Use home advantage: selecting a host

Selecting a host for the tournament is a vital first step for a tournament to be able to make credible claims about their environmental impact. Given the level of climate crisis that we face, we should be ensuring that each host nation of a major tournament is aligned with the goals of the Paris Agreement and has a commitment with credible plans in place to achieve them. Bid documentation should include detailed emissions data and mitigation pathways for the tournament, linked to the wider picture of the country’s net zero plans. Within the bid process, countries should also demonstrate their track record on related issues, such as progress towards the Sustainable Development Goals. We should also consider changing the way we think of tournaments, considering things like: shared hosting to avoid unnecessary construction of new infrastructure; using smaller, more energy-efficient stadiums to reduce the amount of energy and resources required to construct, power and maintain the facilities; and encouraging greater proportions of the spectators to come from the host countries, reducing flight and hotel needs.

It is essential to measure and disclose impacts comprehensively, robustly and transparently. As the cliché goes, you can’t change what you don’t measure. But do not be tempted to bend or manipulate the numbers to make a specific claim about carbon emissions, or any other environmental metric. Those kinds of claim should come later, if at all. Bid documentation and monitoring and reporting before, during and after the event should be transparent and credible, and open to scrutiny from both experts and future hosts who can learn from them. A lack of transparency will just make things worse: You will be found out by activists and academics calculating the real data and being caught lying makes a very poor impression.

A major element of any event will be the construction and operation of its infrastructure. Therefore, any infrastructure development must be aligned with a host country’s credible net zero plan. There is no one size fits all, but in addition to minimising the need for any new infrastructure, this is likely to include the thoughtful retrofit of existing facilities and the innovative development of new infrastructure. Legacy becomes especially important, for example building infrastructure and transport designed to embed a net zero future. This isn’t just a matter of measuring the carbon footprint of individual facilities but rather considering how the existing and new facilities align with the country - and the world’s - pathway to net zero.

4 – No easy matches at this level: dealing with residual emissions

As things stand, it is impossible to host a zero-emission world cup. There will be residual emissions for any major event. The Qatar World Cup’s ‘carbon neutral’ claims were received with deep cynicism, partly because of issues relating to carbon accounting and the choice of carbon credits, and partly because of the gap between promise and reality. Just ask yourself if there was ever any way to convince people a world cup was neutral in terms of its emissions impact? The time of carbon neutral claims has passed, and we need better ways to take responsibility. This should start with setting a proper internal price for the future damage costs of the carbon emitted and then reinvesting that in ways that address emissions and accelerate our journey to net zero, while contribution to the UN’s Sustainable Development Goals. These investments could be linked to ambitious domestic or regional action, for example contributing to decarbonising sport more broadly. Or they could finance innovations that help accelerate decarbonization or support climate advocacy. Investments should always aim at maximizing impact benefiting climate, people and nature.

The claims made by the world cup organisers were widely ridiculed. We need to move to a time of honesty and transparency that’s better than what’s on offer from VAR. We are hosting world cups in the era of the climate emergency: this is what we choose to ‘spend’ our emissions on. It isn’t inherently a wrong choice, but it is one we need to be honest about. It’s a bit like people on holidays posting happy pictures of themselves on social media eating ice cream, while others suffer in a heatwave, trivialising the very real impacts of their choices and the suffering of others. Treat the situation like the emergency it is, talk about the difficult set of decisions we are faced with, and be transparent about the real effects, the choices made, the ways emissions have been minimised, and how responsibility has been taken.

As leader of the world game, FIFA has a vital role to play in inspiring and informing change. It may have been beset by criticism but through credible actions can still be a powerful force for good. FIFA can lead the way in defining and inspiring how sport can transition to net zero, creating roadmaps and enabling conditions to do so. Of course, this also means that FIFA itself must commit to contributing to global net zero, starting with setting credible targets and transparently reporting against them. FIFA can take the lead - if it wants to. If it doesn’t, perhaps we need a rethink?

We’re already a couple of goals down when it comes to the climate and nature emergencies, and we won’t make a comeback by pretending we aren’t. Sport is inspirational to so many people, so hitting the showers early and giving up on world cups isn’t a viable answer either. Instead, by following the above steps, we can get a point at which we can truthfully claim that “this World Cup minimised its emissions and acknowledges and takes responsibility for its unavoidable impacts on the environment”, This may sound less grand than the current claim that “This world cup isn’t impacting the environment”. But it’s a lot more credible. 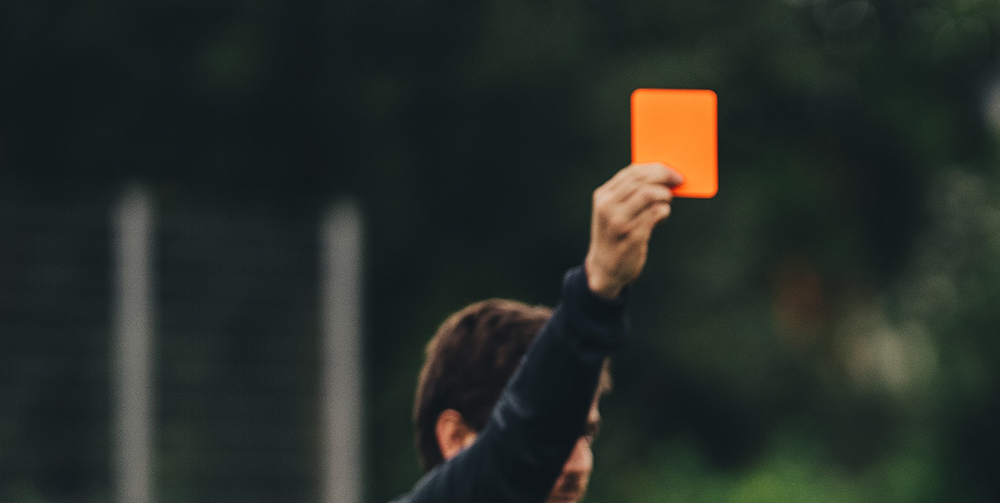